As Seen in the National Press

“I got my hearing back, thanks to this device!”

Charlie lost all of his confidence until he discovered the MICRO Infini-Ear.

CHARLIE had enjoyed a long career as a postman. He loved staying active, getting out and about and meeting people. And he loved nothing more than spending time with his grandchildren.

He first became aware of his hearing problems just before he retired. “The problem had been niggling me for a while. My wife Margaret was always telling me to turn down the TV, but on normal volume I struggled to hear a word.”

Using a mobile phone had also become a problem. “My whole family used to take the mick, saying I was always shouting”.

“I tried to ignore the problem for a long time but Margaret kept pestering me to do something about it, but there was no way on earth I was going to wear one of those bulky hearing aids.”

“Then one day at a family BBQ, my youngest grandson sat on my knee and shouted “Grandad, Dad says you’ve gone deaf and I have to shout when I talk to you.” I laughed it off, but I realised how bad the problem was. Later that evening Margaret showed me an advert for MICRO Infini- Ear, and she asked me to give it a try,after all it didn’t cost a lot and they offered a 3-month risk free trial.” 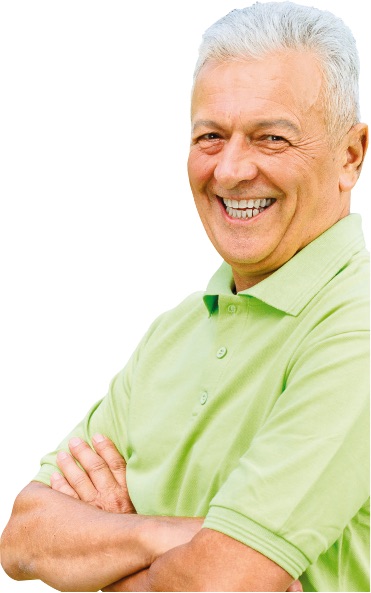 “I gave in, I knew I had to do something. The device looked very small in the ad, but I was a bit sceptical.”

“When it arrived I could not believe how tiny it was – technology has moved on from those old-fashioned bulky things! The minute I put it in, it was incredible, every sound became so much louder and crystal clear.”

“The MICRO Infini-Ear is so comfortable I could hardly feel it. And looking in the mirror at different angles it was hardly noticeable. I wore it for a few hours at home each day the first week, just to get used to it. The biggest difference I noticed was the TV volume, instead of level 32, I could now hear perfectly well at level 18. Margaret was dancing around the living room when I told her.”

“The second week I wore it all day and even out with the lads, on Friday night. I felt like my old self again, no longer pretending that I’d heard what they said, or asking ‘what was that?’ all the time.”

“I’d been a right idiot for ignoring the problem for so long. This device is brilliant, it’s given me back my confidence, I no longer feel left out. The crazy thing is, it’s so cheap, I got my hearing back all for less than £40!”

She found herself unable to follow conversations and often pretended to hear what others were saying. She hated always having to ask her husband to repeat what he said. 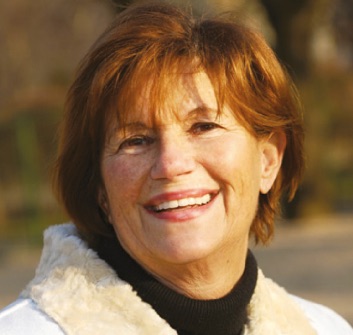 “Gradually, Jenny began cutting back on activities; she dropped out of the local committee meetings, the local WI and other social clubs. She began spending more and more time at home. Jenny was isolating herself.

She explains: “I knew I had a problem and I had tried various hearing devices but failed to find one that both worked well – and was easy to wear. Some were terribly fiddly to use, others were very uncomfortable, or ugly looking. The last thing I wanted was a bulky plastic lump protruding from my ear. Thank goodness for MICRO Infini-Ear.

“And now? Well, I’ve got my life back! I just pop the MICRO Infini-Ear in and enjoy crystal clear hearing immediately! It is so discreet and comfortable, that I actually forget about it. And being re-chargeable I don’t have to buy any batteries.” 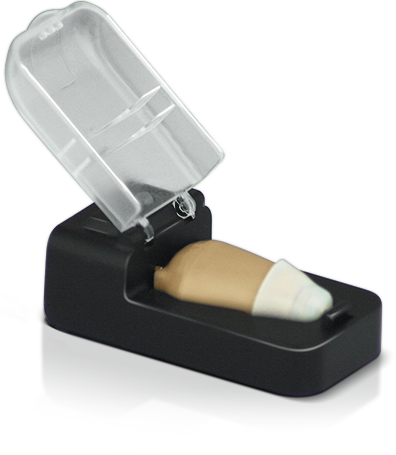 “Now I can hear Loud and Clear!” 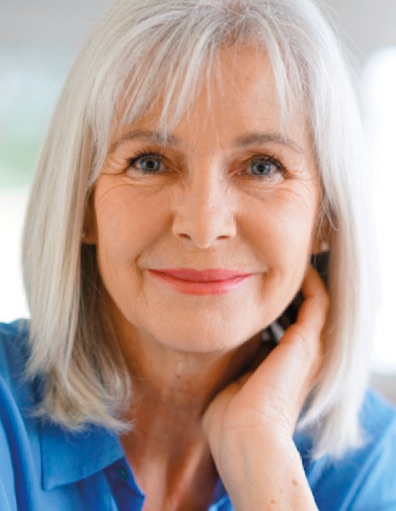 Fiona Johnson says that she could hear everything so much louder and clearer.

“After I retired I decided to sign up to some volunteer work at the local primary school, helping children who had reading difficulties.

“Unfortunately after about 6 months I had to give it up, as I couldn’t hear the children properly, I was heartbroken. Over the last couple of years I began to experience hearing loss. It was especially difficult with groups of people and that’s why I struggled so much in the class room.

“I finally faced up to the fact that I needed a hearing device. I started to do lots of research to find the right device.

“On the high street they were so expensive. I wanted something that was discreet with good amplification and also rechargeable so that I didn’t have to fiddle with batteries. When I dis- covered MICRO Infini-Ear I ordered two right away.

“I couldn’t believe the difference; I could hear birds singing in the garden! It was so beautiful I actually cried.

“The MICRO Infini’s are so small you hardly notice them, – I’m just so glad I tried them. I would highly recommend them to anyone with hearing problems.”